What do you want from me?

Glitter, feathers and fur. Three things that I never thought I would see in the middle of a Major League Baseball team’s outfield but American Idol’s Adam Lambert and the Tampa Bay Rays changed all that.

Just a few days ago Adam Lambert was photographed giving piggy backs rides to the paparazzi in Miami Beach.  And it now seems that this unique expression of Adam’s has lead to a renewed interest in his concert  tour.

The next stop for a galloping Adam Lambert was St. Petersburg, Florida with a post game concert at Tropicana Field. Most of the artists that come through for the concert series are ones whom celebrity isn’t flickering quite as brightly as in the past.

With the recent activities it only made sense for me to shoot this show. Not quite knowing what to expect and with a few pre-conceived notions I found myself quite blown away by the show. After just two songs I walked away having made some really nice photos due to Adam’s showmanship.

With that I’ve thrown a few up here for people to enjoy. 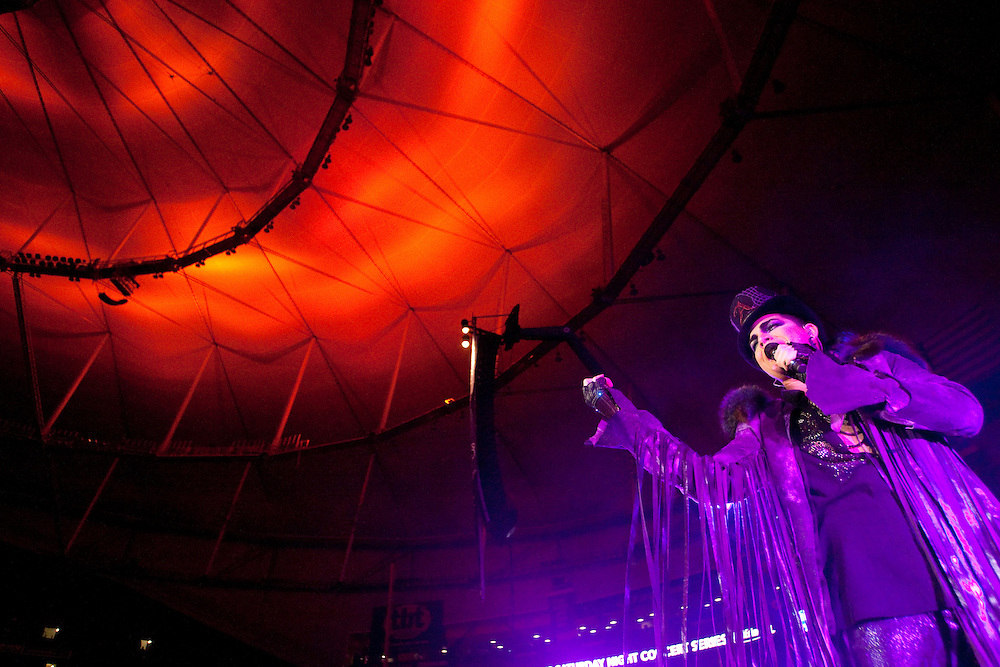